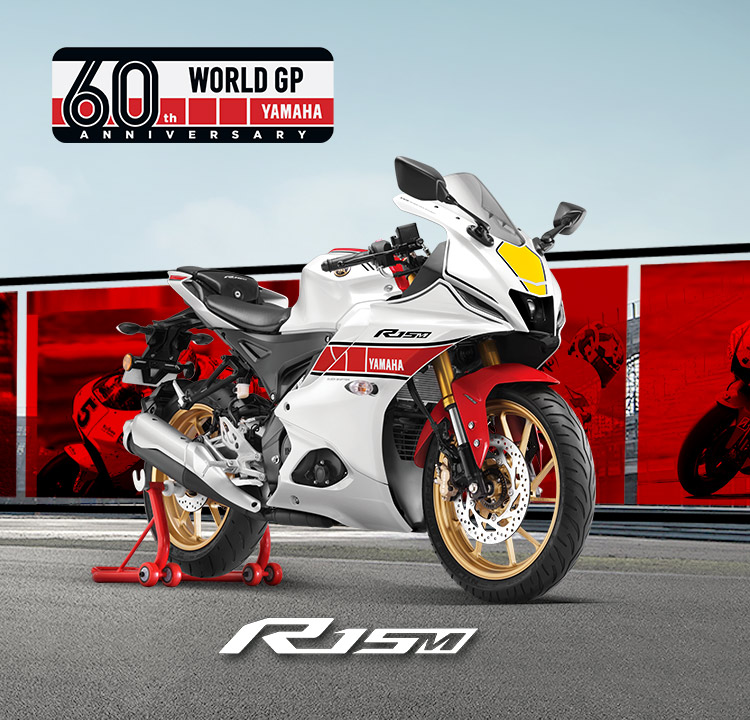 Yamaha is a force of nature to be reckoned with in the MotoGP world. Inspired by its own legacy, R15M WGP 60th Anniversary Edition is ready to rewire the DNA of Racing with the iconic White and Red ‘speed block’ colour scheme and the limited edition “Yamaha Golden Tuning Fork logo”.

The new body graphics enhance the grace of its anniversary edition look.

Put your helmet on and ride the wind with this one.

Outlining its racing background, the Yamaha R15M WGP 60th Anniversary Edition is powered by 155cc, SOHC, single-cylinder, 4-valve, liquid-cooled engine that uses fuel-injection technology and is capable of churning out 18.6 hp of max power and 14.1 Nm of max torque coupled to a 6-speed manual gearbox.