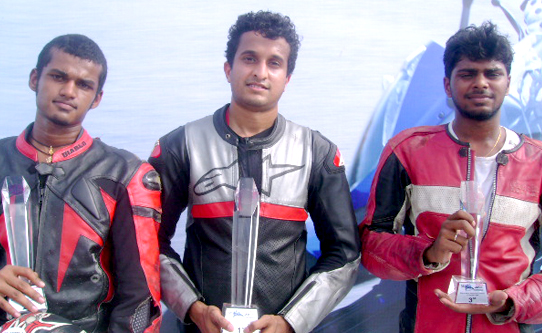 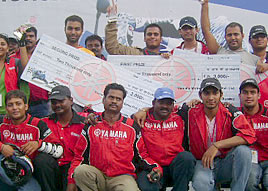 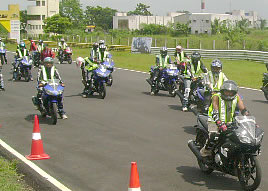 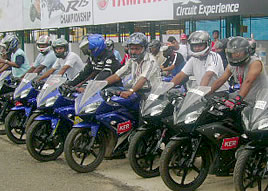 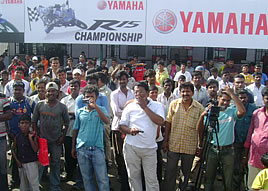 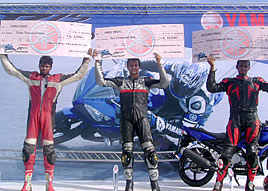 As a part of its efforts to promote Motor Sports culture , India Yamaha Motor kick-started a two-day event in Chennai comprising lecture on Safe Riding by leading automobile expert on 18th October ,followed by the second edition of Yamaha YZF- R15 Championship on 19th October.

Irungattukottai Racing Track 30 kilometers away from Chennai, Played host once again to the 120 -R15 customers who participated in the event . There was a huge audience to attend this event for cheering up the Racers.

Mr. Aspi Bhathena, an ex-racer and the only Indian to have raced at the The Isle of Man TT Races & Mr. Sanjay Tripathi ( Division Head- Product Planning & Marketing ) briefed the enthusiastic racers on safe riding techniques especially when the machine is YZF-R15 which spells Super Sports. After a talk session, he took the road riders ready to accept the challenge of the racetrack for practical sessions and gave out handy tips to be followed while riding on a race track.

This is the second time the Sameer Venugopal from Bengaluru won the R15 Championship title.

Madras Motor Spors Club with its history of over 50 years is the reason that Chennai can be called the epicentre of motor racing in India.
For a racing enthusiast, there is nothing to beat the smell of burnt rubber and the sound of screaming engines...and what better place than the Irungattukottai Race Track to catch the racing excitement The Irungattukottai race track, which is the first of its kind in India was inaugurated in 1990. 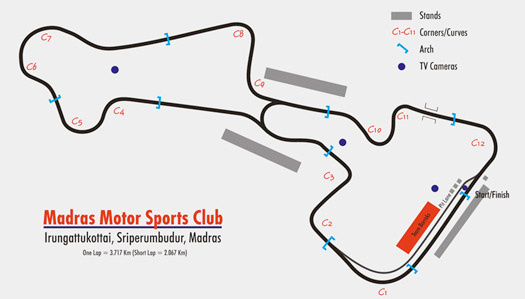