Monster Energy Yamaha MotoGP’s Fabio Quartararo had already shared that he had his eyes on a podium place at the Grand Prix of The Americas, and he delivered a brilliant ride to second. These 20 championship points give him a 52-point advantage with only three more rounds to go. Franco Morbidelli put in a brave ride at the Circuit of The Americas (COTA), despite his leg injury. Though not able to fully engage in the on-track battles, he rode through the discomfort to take 19th place across the finish line.

Austin (Texas), 3rd October 2021: Monster Energy Yamaha MotoGP’s Fabio Quartararo delivered a mature ride in today’s Grand Prix of The Americas. The championship leader balanced on a fine line between defending second place and chasing the race leader. He extended his margin in the standings to 52 points in the process. Due to his leg injury, Franco Morbidelli struggled to keep the rhythm going throughout the 20-lap race at the Circuit of The Americas (COTA). He finished the race in 19th place. 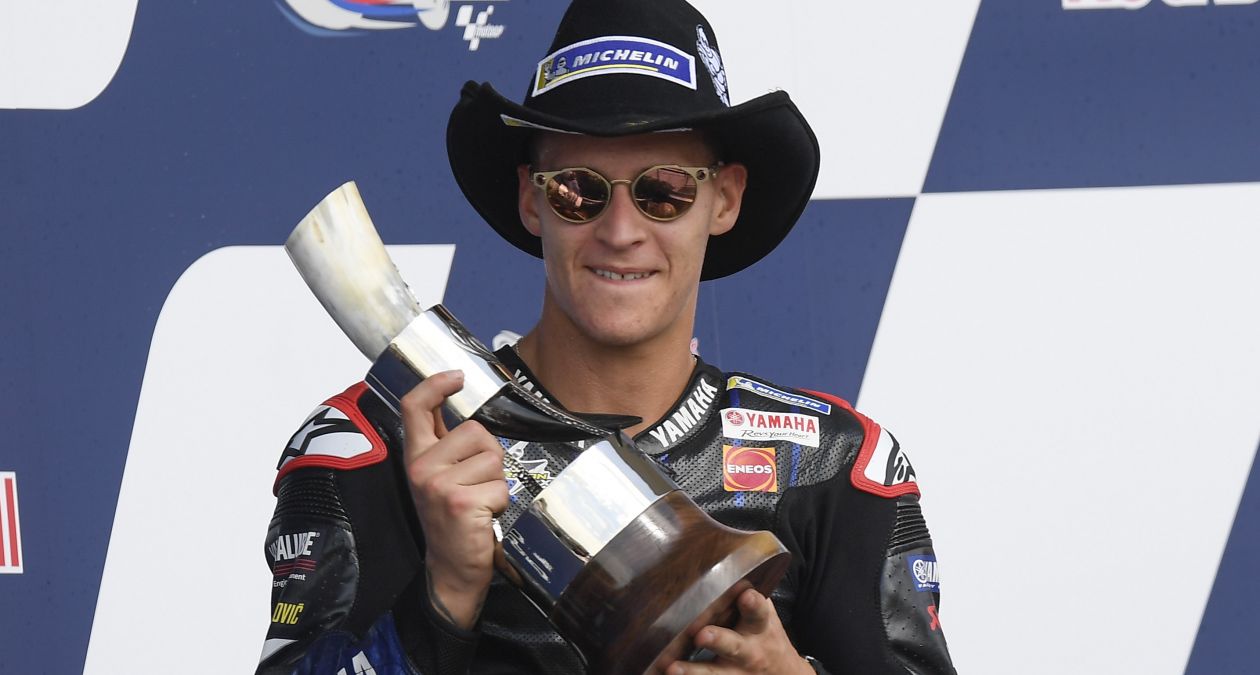 Quartararo had a great start from second on the grid and slotted into second place through the first corners. He was leading the pack chasing Marc Marquez. The Frenchman wouldn’t let the race leader out of his grasp in the opening laps, keeping the gap under 0.5s at all times. However, at the start of lap 6 Jorge Martin put pressure on the Yamaha man. El Diablo held firm but lost crucial time.

For a couple of laps the number-20 rider couldn’t relax for a moment, trying to reel in Marquez once more and defending second place at the same time, but in the end he managed to break away from Martin. The resulting bit of breathing space allowed him to focus on his rhythm and he speeded to the chequered flag to take second place, 4.679s from first.

Morbidelli started the Texan race from 13th on the grid and smoothly negotiated the tight first corners in the busy mid-field. He completed the opening lap in 15th place. He engaged in battles with pursuers Miguel Oliveira, Andrea Dovizioso, Aleix Espargaró, Iker Lecuona, and Valentino Rossi and was not able to defend his position. However, due to three riders crashing, the number-21 rider was holding 17th by the mid-way stage.

Eager to be competitive, the still injured Morbidelli gritted his teeth, trying to put in consistent lap times. But the physically demanding layout of the Circuit of The Americas added to the discomfort of his injured left knee. He lost places to Danilo Petrucci and Takaaki Nakagami and ultimately finished in 19th place, 49.854s from first.

After today's results, Quartararo's lead in the championship stands at 52 points, with a 254 points total. Teammate Morbidelli remains 17th in the rankings with 40 points. Monster Energy Yamaha MotoGP go to second place in the team standings with 349 points, and Yamaha hold on to second in the constructor championship with 282 points.

The Monster Energy Yamaha MotoGP Team will be back in action at the Misano World Circuit Marco Simoncelli again in three weeks’ time for the Gran Premio dell'Emilia-Romagna, held from 22-24 October, where Quartararo will have his first chance to be crowned 2021 World Champion.