Yamaha Motor India Sales Pvt. Ltd. (YMIS) today unveiled its maiden brand mascot to promote the first of its kind Yamaha Children Safety Program. With the unveiling of the new mascot YMIS unfolds an exciting new chapter in its growth trajectory in India. The mascot has been designed to strengthen the brand connect with kids and accelerate the company's growth further. Very strong performance by the company after it forayed into the scooter segment as well as introduction of new variants in the motorcycle segment is at the backdrop of this strategic decision and the company is extremely hopeful that it is a significant step towards strengthening its position in the market.

The Yamaha Children Safety Program (YCSP) is a first of its kind social initiative by the company to educate and influence both parents and children about vital road safety measures. The Mascot has been developed to arouse interest among kids about the program. The mascot is indeed a lovable character who the kids would love to associate with.

Unveiling the Yamaha mascot, Mr Masaki Asano, Managing Director, Yamaha Motor India Sales Pvt. Ltd, said, "The launch of the Brand Mascot is a landmark occasion in Yamaha's journey in India. Through the Mascot we are focusing on building brand connect aggressively yet through a humane initiative. The mascot is an extension of the Safety First campaign for the families (children and parents) in India. We are hopeful that the mascot will create awareness by appealing to the children and parents to participate in Yamaha Children Safety Program (YCSP). We are also hopeful that the ongoing initiative is meant to ensure that riding is associated with fun."

The new mascot was conceived and developed by Yamaha Motor India and designed to appeal to the kids in India. A fundamental part of the designing process was to create a unique and memorable mascot which had to be mystical, cute, funny and brightly colored to attract the attention of children in India. The result was a character that indeed reflected all of the above traits which will most certainly be an instant hit among kids.

YMIS has not yet named the mascot. The company plans to finalise the name of the mascot through a naming contest. The contest will start on 10th January and conclude on 27th January. Only kids can participate in this contest by registering their name at the nearest Yamaha dealership. 5-12 year old kids will be eligible for the contest. The winner will be rewarded with 1 year scholarship and other attractive prizes. The winning name will be announced on 5th February 2014. 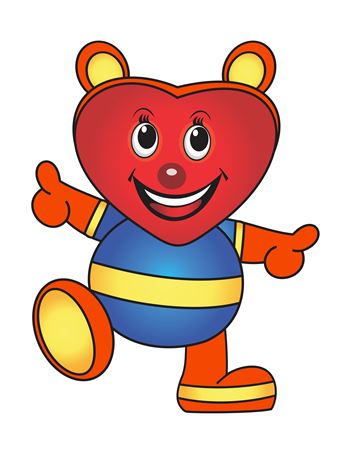