Monster Energy Yamaha MotoGP's Maverick Viñales struggled in the opening stages of today’s race but kept pushing, to finish in 9th position. Valentino Rossi showed great pace in the first half of the Gran Premi Monster Energy de Catalunya. He was riding in second place when an unfortunate crash ended his challenge prematurely.

Montmeló (Spain), September 27th, 2020:Monster Energy Yamaha MotoGP's Maverick Viñales made up for a difficult start in today’s Gran Premi Monster Energy de Catalunya by riding through the busy mid-pack to ultimately take 9th position. Valentino Rossi showed brilliant pace around the Circuit de Barcelona-Catalunya this afternoon. He was on route to a podium finish when he suffered a luckless crash and ended the day with an NC result. 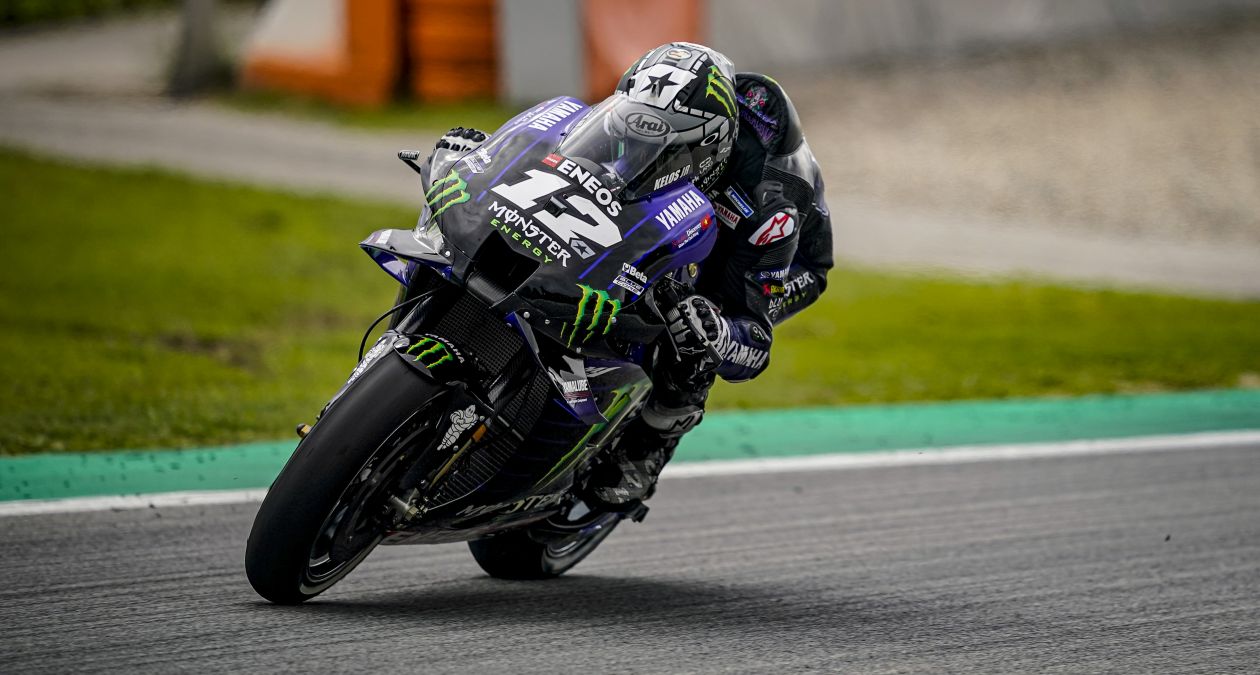 Viñales started from fifth on the grid but was swallowed up in the busy midfield by the time he was entering Turn 1. He crossed the finish line for the first time in 16th place, having a long road of recovery ahead of him. But the Spaniard was determined to salvage valuable championship points.

Top Gun is known to only get stronger as races progress, and he gradually started to move back up the order. All riders were struggling with tyre drop in the second half of the 24-lap race, but the Yamaha man kept pushing. He managed to snatch ninth place from Cal Crutchlow on the final lap and crossed the finish line 13.607s from first.

Rossi fans almost saw their dreams come true this afternoon. The Italian had a good start from third on the grid and was quick to slot into second place. Though he had to relinquish a place to Fabio Quartararo, who used the Doctor’s slip stream at the start of lap 6, the Factory Yamaha man made sure to stay close to the leading duo.

Nine laps later Franco Morbidelli made a mistake, allowing Rossi to take over second place. The number-46 rider was looking on course for a strong podium finish, but a crash in Turn 2 ended his bid 9 laps before the chequered flag.

After today’s race Viñales holds third in the championship rankings, 18 points from the top. Rossi drops to eleventh place, with a 50-point gap to first. Yamaha remains first in the constructor standings, but the Monster Energy Yamaha MotoGP Team lost a place in the team classification and are now in third.

Viñales and Rossi will enjoy one week off before commencing the next triple header with the Grand Prix de France, held from 9 - 11 October in Le Mans, France.