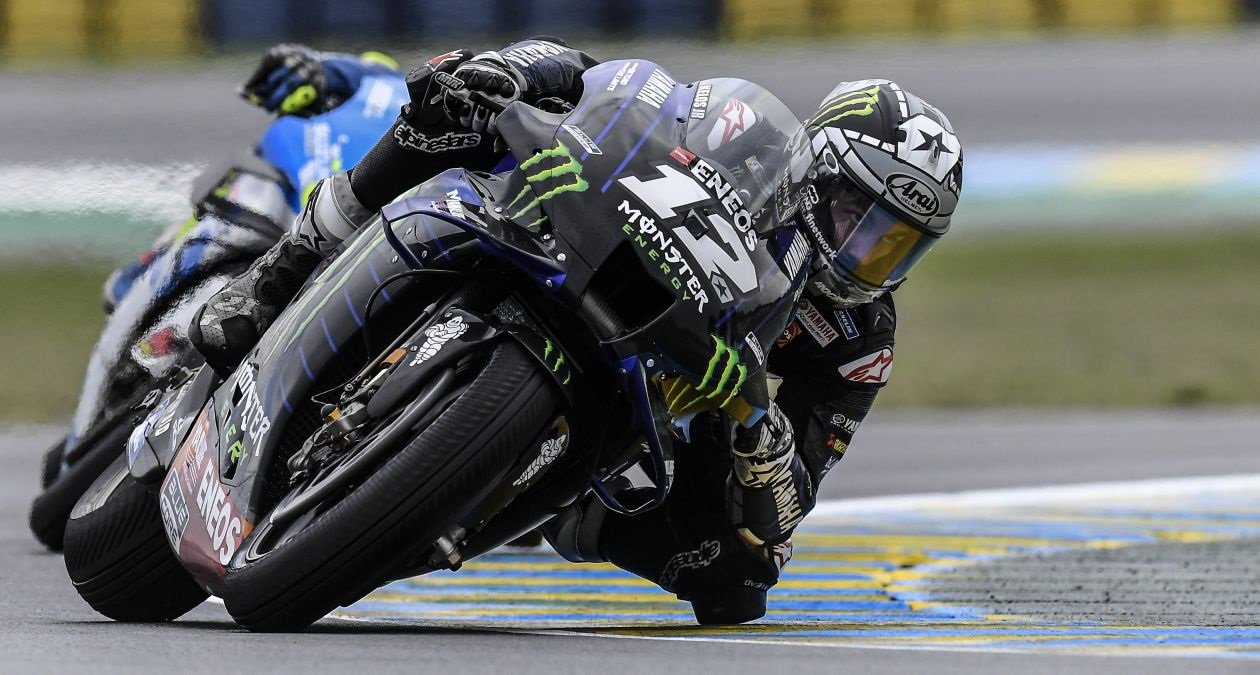 Drama started early on in the French GP, when five minutes before the start the heavens opened. This started the Rain on Grid Procedure, allowing the riders to return to the pit box. A Quick Start Procedure followed at 13:05, with the pit-lane exit opened for only 60 seconds ahead of the sighting lap. The race was declared wet and shortened by one lap to 26 laps in total.

Viñales began his 100th premier class Grand Prix with a less than ideal start from P5 on the grid. Matters were made worse when he had to make an evasive manoeuvre to avoid the chaos that ensued in Turn 3 when his team-mate took a fall in the middle of the track.

The Spaniard ended the first lap in 20th position, but all was not lost. With relentless focus he rode a faultless race, despite the tricky conditions, and gradually moved up the order. In the final five laps he was part of a group of four riders fighting for eighth place. The Yamaha man pushed to the max and finished in tenth place, 16.895s from first.

Rossi started from tenth on the grid. He had a good start but found himself in the busy mid-pack in Turn 3 when disaster struck. The Italian got caught out by the slippery track conditions and crashed. He was quickly back up on his feet and tried all he could to get his bike restarted but was unable to rejoin the race.

After today’s race Viñales is fourth in the championship rankings, 19 points from the top. Rossi drops to thirteenth place, with a 57-point gap to first. Yamaha remains first in the constructor standings, but the Monster Energy Yamaha MotoGP Team lost a place in the team classification and are now fourth.

The Monster Energy Yamaha MotoGP Team will next travel to Spain for the Gran Premio Michelin de Aragón, held from 16 - 18 October at the MotorLand Aragón track.